Once upon a time, not that long ago, there was a young girl, only 18 years old, named Kerry. Kerry suffered from a crippling back pain.
So, one day she went to see a doctor. The doctor gave her a magic pill called tramadol. Tramadol is a very effective painkiller. So much so that it is considered a wonder pill. It provides relief by blocking pain signals travelling between the nerves while at the same time inducing a feeling of euphoria. Kerry relished the effects of the magic pill and soon went back to the doctor for more.

Eight years later, on a cold day in February her husband James found Kerry unconscious. He called for help. Nurses and doctors ran to his side but no one could save her. Kerry died, only 25 years old.
Her husband James realised his wife died because of the doctor's pills; because of medication. He called for more warnings about the risks of prescription addiction. No one listened.


Factual details:
Kerry lived with her husband, James Novis, in St. Leonards-on-Sea in Great Britain. She died on February 13, 2013. 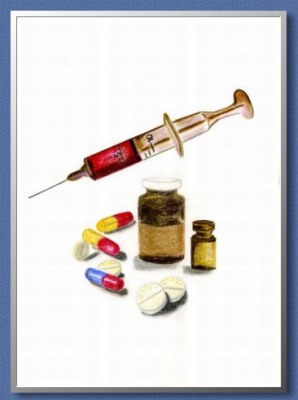