For years and years a killer disease, called Iatrogenesis, has silently been claiming more and more victims. Doctors believe that Iatrogenesis is now one of the major causes of death. However, they can and will not substantiate this with evidence as this could endanger their own survival and existence. i
Iatrogenesis is a disease where ill health, injury or even death is caused by medical treatment. The sources of Iatrogenesis are many, such as:

While millions of people worldwide continue to suffer and die due to Iatrogenesis, the medical world could not provide a cure or effective treatment until two Latin proverbs indicated that the disease has been with us for a long, long time. The proverbs say:

Plus a medico quam a morbo periculi
(More danger from the doctor than from the disease)
Further research and study of the disease and its treatment in the classical era quickly resulted in the rediscovery of an ancient cure. Although ancient, the cure is highly effective against any type of iatrogenic disease and has a 100% success rate:
Errores medicorum terra tegit
(The Earth covers up the doctor's mistakes)
In celebration of the discovery of this ancient cure against one of the most dangerous and deadly diseases of our time, the medical world has decided to offer the treatment to any victim of Iatrogenesis for free. 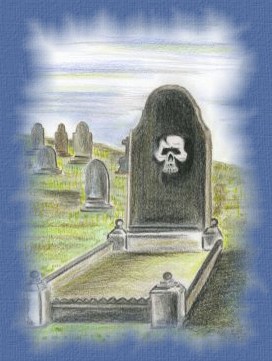 Continue to read in our Special Medical Edition  >>