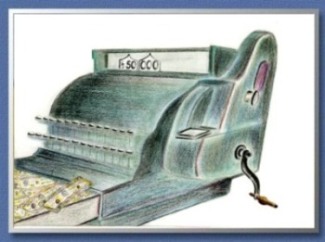 Take a roomful of people, split them in half, give one group, say, a Daily Telegraph branded mug, and give the others nothing. Now ask everyone in the room to write down what they think one of these mugs might be worth.
What do you find? The people who were given a mug will conclude that it is more valuable than those who were not given one. In experiments of this kind detailed in Daniel Kahneman's book Thinking Fast and Slow, the average "selling" price was often twice as high as
the average "buying" price.
Viewed in one way, this isn't that surprising people like their stuff. But it is also quite a radical insight - centuries of economic theory have been based on the belief that human beings can individually and in aggregate, rationally appraise goods and services. But that's not true. Once someone owns something, they value it more.
Psychologists and behavioural economists call this the endowment effect: bankers call it the valuation gap.....
Extract from "When it comes to picking prices for
buying and selling, we're all mugs" by Ben Wright
in the Daily Telegraph on Thursday 5 March 2015