Sighing for an easy Life

do you have two hands?


Every time my neighbour asks me for a favour I would like to ask her this question. But I know what the answer would be: her wrist is sore and; if it isn't her wrist, it is her shoulder that hurts. She has told those lies so many times that she herself believes them to be true. The truth is she is lazy. A fact she cannot admit - not to others and least of all to herself. So, I do as she asks.
But then her neurosis kicks in. She warns me to take care on the steps and not fall over the stuff on the floor. She calls to remind me not to forget this, that and that. She calls to check if everything is done. And then, she calls again to thank me in a kind of embarrassed, nervously humble voice that hardly hides the obsessive delight of successfully employing someone else.

I never quite understood her nervous and obsessive behaviour till I read somewhere that if man lets his, in this case her, hands grow useless and clumsy he pays with neuroses.
Tests by neurologists not only show that mental ability increases as the ability to use the hands increases but also that many cases of mental instability can be cured by teaching the patient to use his hands. Let it be gardening, pottery, woodcarving, photography, model-making, radio building, flower arranging, cooking or cleaning.
The only question I have left now is: How do you get a lazy person to do any of that?
Oh, Great Spirit,
make my hands
respect the things that you have made! 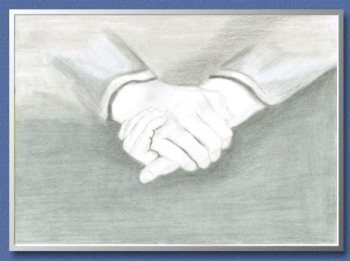 Other Short Stories to read online  >>