The Tale of Melanie Reid

Melanie Reid broke her neck and back falling from a horse
in April 2010.
Not long ago a media report said one schoolgirl in ten has an eating disorder.
Another day, another report, and we're told 25 per cent of girls in some parts of the country are obese. All in all, millions of lovely kids storing up a lifetime of unhappiness with their own bodies.

Times like these, I wheel into my bathroom, the only place where there is a mirror low enough, and gaze quizzically at myself. How can I square what I see - a wrecked body, forcibly removed from the demands of being physically attractive - with the plight of healthy yet desperately dissatisfied young women?

There are some things you don't learn until it is too late. One is that a women's relationship with their own body image is a totally unnecessary war. I was never a fashion victim nor particularly preoccupied with my appearance, but I look back now on the things about myself that I wanted to change, and the energy I wasted in 30 years of low-key yo-yo dieting and self-criticism, and I think, damn, what a spectacular waste of time that was.

If I could reclaim even half of it,how much better I would spend it - dancing, running, travelling, kissing, talking, laughing, reading, playing sport. Instead of trying to be thinner and sexier, I should have striven to be freer, to be braver, not to give a damn how others thought I looked; to relish every single second I had whith a fit, healthy body.

Hindsight is a cruel companion. How, from my present vantage point, do I bridge that chasm of wisdom? How to tell today's young women, so many of them psychologically crippled by the tyranny of aspiring to a sexy body image, what really matters?

Instead of rejoicing in their health and opportunities, girls are being schooled by their mothers, their peers, the internet and the media to criticise their bodies. It's far worse now than when I was young. More and more poor souls are being screwed up by the pressure to look like stupid celebrities when they should be exploring the freedom to be themselves. We all know off by heart that destructive internal dialogue: my thighs are too fat; I hate my nose; my breasts are too big, too small or too saggy. Sisters and daughters, take it from me: turn off the negative soundtrack and get out there and live.

The most sexy thing in the world is being alive, confident, active and interesting. Had I known that I would end up with a spinal injury,
I would never have wasted a nanosecond on the width of my thighs, because these things are infinitely shallow and irrelevant.
When your body doesn't work any more, and you are sexually hors de combat, the concept of body image becomes as blackly funny as it is possible to be. Physical imperfection is real, not some neurotic indulgence.

After my accident, reduced to a bag of bones for the first time in my life, I remember the irony of being told by a nutritionist to choose
high-calorie options. I remember the shock of seeing myself naked in the mirror for the first time - great bony shoulders and visible ribs and fleshless hollow armpits. That was the look I once craved, but never like this, slumped helpless in a chair. God, I'd get into a pair of size 10 jeans now, I whispered. Except I couldn't,not unless I was suspended from the ceiling and a team of carers tugged them up like they were stuffing sausages.

In my head, I wrote a dark parody of a typical women's magazine "How to lose two stone overnight" feature: easy - break your neck.
I remembered how once, I contemplated getting Botox (I was scarred between my eyebrows after an encounter with a horse's swinging head); now here I was, face addled whith suffering, receiving Botox
on the NHS to straighten my paralysed fingers and legs. 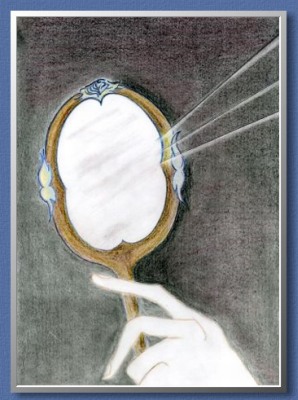