The Secret Files
of
The Hollow Mountain

When I was just a little girl
I asked my mother what will I be.
Will I be pretty? Will I be rich?
Here's what she said to me:


In 1969 John Brunner wrote the novel 'Stand on Zanzibar'. It is set in the year 2010 in the U.S. under the administration of President Obomi amidst a chaotic and dystopian society: terrorist threats and attacks are an everyday occurrence and violence in schools is old news. The city Detroit is akin to a ghost town.
The fact that the novel was written in 1969 and so accurately predicted the future seems to support the fact that the future is already predetermined - that despite all the choices we still have to make the future - our future - is already fixed.

During a test in a women's magazine where you had to draw or write down the answers with your other hand i.e. the hand you normally wouldn't use for writing and drawing, I wrote down the name of the town I would be living in one year later. The problem was that at the time I wasn't thinking about moving and I didn't understand my own answer.

The predictions of the famous French astrologer and physician Nostradamus suffer a similar fate. We have no idea how to interpret his predictions. Even after events have occurred we still have no clue.

The future simply isn't ours to see and that is a good thing. If I had known 10 years ago what lay ahead of me I don't think I could have coped. I would have been far too scared of the bad and far too optimistic about the good.
But not-knowing what the future will bring, doesn't mean that the future is yet to be determined or that we have no means of getting glimpses of what is yet to come. 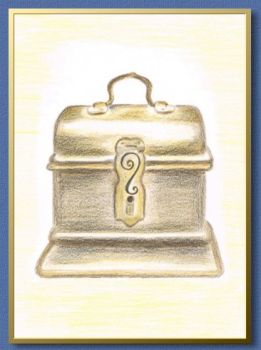