It was the largest airborne operation in history...
The year was 1944. The day was the 17th of September. It was a clear and bright day. Meteorologists had forecasted at least two days of clear skies. In an attempt to push German forces from the Netherlands and bring the Second World War to an end by Christmas the allies launched on this day, the 17th of September 1944, Operation Market Garden. It was the largest airborne operation in history as thousands of troops and their equipment were to be dropped near Arnhem in the Netherlands, far behind enemy lines. The operation began well with 2,000 gliders towed across the North Sea carrying 20,000 men and hundreds of tons of equipment.
On September 18th, however, fog over England halted most of the air operations. While over the Netherlands and Germany the weather cleared allowing the German Luftwaffe to attack the Allied forces. By the time the delayed second wave took off from England, the battle on the ground was already going badly. Fog continued to play havoc with the airlift, leaving the troops on the ground short of supplies, with no sign of reinforcements.
The first good weather appeared only on the 23th of September. It allowed the delayed third wave of airborne troops to take off from England. But the next day the weather deteriorated again. Many Allied troops were running out of supplies while the Germans had rushed in reinforcements. On September 26th the Allies had to retreat. Operation Market Garden had failed and with it the chance to end the war in 1944. 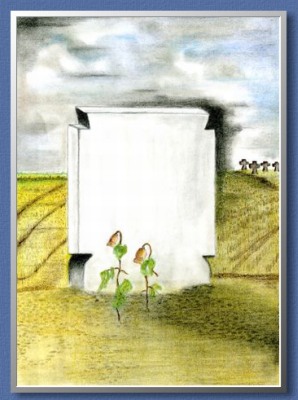 A battle is lost, so a general lost to a better general.
A battle is won, so a good general won it
and not the fog that kept his enemies from taking-off.
The Forces from Above had nothing to do it.