By Paul Simons
In The Times of Saturday September 5, 2015
In a short story Rudyard Kipling wrote about a beautiful ethereal light that appeared in the night just before dawn.
"The moon was low down, and there was just the glimmer of
the false dawn that comes about an hour before the real one.
But the light was very faint,"
he wrote in False Dawn (1888).

This is now the time of year to see the false dawn, a hazy pyramid of faint light that towers high into the night sky from the eastern horizon an hour or so before the twilight of sunrise appears, which is why it is called the false dawn.

This strange glow is also known as the zodiacal light, a term coined by Aristotle who thought it lined up with the constellations in the zodiac. However, the light has little to do with the zodiac - instead, it lights up the plane of the solar system, along which all the planets orbit around the Sun. This is now the season for the zodiacal light because we are approaching the autumn equinox, on September 23, when the plane of the solar system extends almost vertically from the horizon before dawn.
The zodiacal light also appears in the sky around the spring equinox, but after sunset on the western horizon.

To see the zodiacal light, you need to be in a really dark location, preferably with little moonlight and no artificial light pollution. It is easy to mistake it for the lights of a distant city or town over the horizon, and, of course, it is easily mistaken for dawn. Unlike true dawn there is no red tint to the zodiacal light - the red skies of a true dawn are caused by the Earth's atmosphere scattering the low sunlight, while the zodiacal light originates from sunlight reflected off clouds of dust floating in space between planets.
The zodiacal light gives a fascinating glimpse into the origins of the solar system because the glow of dust floating in the space between the planets is the debris left over from the formation of the solar system over four billion years ago. 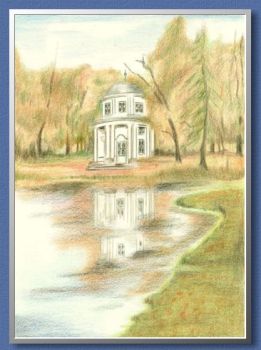