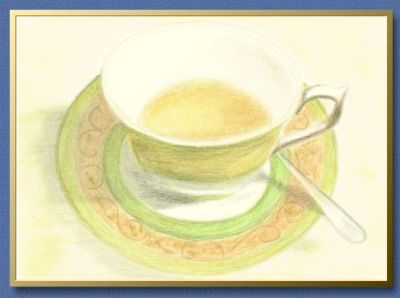 Top Tip 1
Firstly and most importantly don't use tea that has been sitting in your cupboard for ages. Use tea as fresh as possible.
A friend once brought me a very special tea from India. On the package it said:
"The tea you are holding is one of the most reputed brand
of Indian Teas.
You may wish to preserve it for special occasions but resist the thought
and drink it as soon as possible.
Tea is best enjoyed when fresh."
Sanjay Kapur, Master Tea Taster
To prolong its freshness keep the tea in an airtight container.

Top Tip 3
Always use freshly drawn water.
The longer it boils the less oxygen it has and the less flavour the leaves impart.
Fresh water also reduces the amount of scum, which forms when tannins in tea bind to calcium carbonate in water. Boiling converts soluble bicarbonate in the water into carbonate, effectively "hardening" the water. If water is repeatedly boiled, more scum will appear.

Top Tip 4
To make tea properly a teapot should first be warmed as tea brews best in very hot water. The water used to warm the teapot is then poured away.
Water temperature is critical. After the water has boiled give it a few seconds before pouring on the tea.
For Green tea, boiling water tends to break down some of the flavour-giving volatile chemicals. Both Green and Oolong tealeaves make a better cup with water at 85-90 C. The fragile flavours of White tea are best preserved at 80 C. Black tea has more robust flavour compounds so hot water does less damage, but it is still sensible to give it a few seconds to avoid scorching the leaves.

It is different, however, if Green or Oolong tea is made quickly in a cup through a strainer or infuser. Then, boiling water at 100 C is poured over the leaves and the water passing over the leaves will carry the goodness down when it drips into the cup. The same leaves could be used a second time over that day. 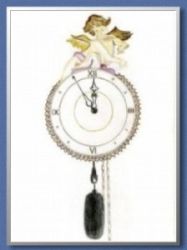 Top Tip 5
Tea needs time to unlock all of its flavour. Black and herbal teas need about 4 to 5 minutes, green teas mostly only three.

Top Tip 6
Use a porcelain cup.
You want a relatively smooth, impervious surface because you don't want the cup to bind the tannins. When making black tea it will also reduce the scum.

Top Tip 7
If you are making black tea in a mug with a tea bag just gently squidge the tea bag against the side of the mug. If you really mash it your tea will taste bitter.
Adding milk softens the astringent tannins. Milk proteins bind with them, locking them up and reducing their bitterness.
In a mug, milk can only be added after the bag has been removed. But when the tea was made in a pot, you should put the milk first into your teacup. If milk is poured into hot tea the first few droplets cook, changing the flavour. If tea is poured into milk, its temperature is gently raised and the milk does not scald. Semi-skimmed is better than full fat, as fats can lead to oil on the surface.
Before you stir take a moment.
Because when you stir you will see a swirl, a spiral of tea and milk circling each other while barely touching. In your teacup the spiral lasts only a second before the two liquids mix completely; a brief reminder that liquids mix in beautiful swirling patterns and not by merging instantaneously.

Now you have the perfect cuppa!
Savour its taste, warmth and goodness.

You are in our Reading Room reading an entry on 8 June 2013
in The Cosy Kitchen Diary by our little Greenhorn Brigitte Franssen.

Bibliography:
"A refreshing approach to making the perfect cuppa" by David Derbyshire in The Times, Saturday June 8 2013.
"How to make Green or Oolong Tea" by Aap ki pasand San-Cha Teas.