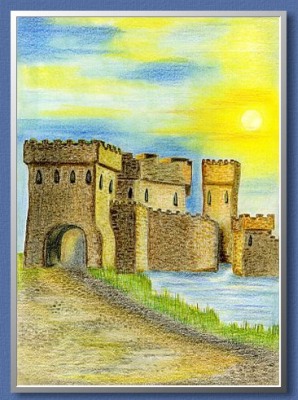 So, chores are not unwelcome distractions keeping a white knight from his all-important quest, but an important and holy task for him to fulfill and not to ignore. After all it isn't known where and when he will find the Holy Grail.
The End