where secrets & treasures are kept safe

The Book of Numbers


This book, The Book of Numbers, holds a code that is so precious, so indispensable and valuable that it is kept safe in a vault, hidden away, deep in a mountain called 'The Hollow Mountain'. Anyone who is in possession of this code will gain considerable advantage.
But this is not a commonly unknown fact. Just think of the phrase 'having someone's number', which means that you understand that person's real motives or character giving you the advantage.
But there is more to numbers than just that. Numbers turn up in everybody's life, sometimes even on a daily basis, giving secret messages and subtle signals, which if interpreted correctly can be a source of guidance, insight and even comfort and reassurance.
Unfortunately, huge parts of The Book of Numbers were lost in the mists of time and ignorance before it was brought to The Hollow Mountain for safekeeping. So, a white knight called Braveheart was sent on a quest to recover the missing pieces. His return is eagerly awaited.

The highest number there is. If you are number one, you are the boss. There is no one better or higher than you.
Unfortunately, for you though, that is not you.
Number One is the omnipresent spirit. But this Spirit is not like a solitary individual.
"Rather, He is like a root, with a tree-trunk, branches and fruit." i
He is the single flame from which a thousand candles can be lit.
But He is not divided in anyway.
He is fully, and only, who He is.
He is truly One and He is the first one
and the number 1 personifies that. 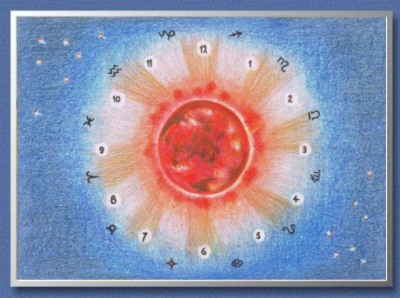 <<   The Hollow Mountain
where secrets & treasures are kept safe