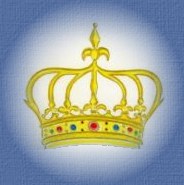 Altruism is the disinterested and selfless concern for the well-being
of others.

The 1st Duke of Wellington, who defeated Napoleon at the Battle of Waterloo but who also was a leading political figure of 19th-century Britain, strongly believed that public duty and service was to be performed altruistically.
He was basically saying that any politician or public servant should be an altruist.

But while politicians and public servants are plenty around these days,
Altruists are few and far between.