The 1st of April some do say,
Is set apart for All Fool's Day.
But why the people call it so,
Nor I, not they themselves do know. 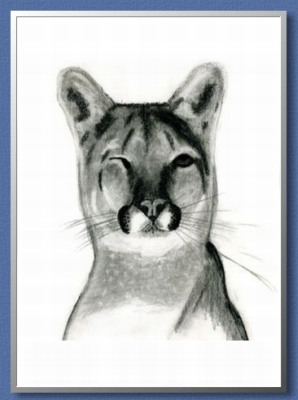 The old, folklore rhyme above hints in a clever and funny way at the fact that fools never see their own foolishness.
Thinking to be the most clever and advanced species on the planet and that any other species is less gifted, less humane and definitely less smart, is exactly what a fool would think, despite seeing clearly the foolishness of his/her fellows.
"If you don't know
that most people think of others as fools, you are the fool."
The words of Havamal, The High One in the Old Norse Edda
The first of April is a day to remember that we all suffer from foolishness; not just other people, not just other species.
All too often we see but not understand the foolishness of others just as they see our foolishness but for the life of them can't understand how we can be so stupid. We all find it hard to believe how stupid we are. Yet, believe we should.
So, think twice before you don't believe the tale below!

A funny, old Tale from Germany
(2 pages long)
Illustrated by Jef Franssen
In Medieval times surrounded by the beautiful fields and forests of central Germany there was a small village called Schilda. 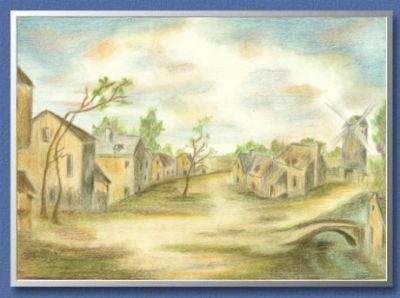 It so happened that one spring day the village of Schilda ran out of salt. The travelling salesmen that came through the village had none to sell. They told the villagers that the nearby city of Saltzburg (Salt Fort) was in the middle of a war and too busy to export any of their salt. The same, they said, was the case with the cities of Salzbrunn (Salt Spring) and Salzwedel (Saltbush). They would simply have to wait until the war was over.
Why can't salt grow?
This made the villagers of Schilda and their children very unhappy. Bread and butter, potatoes, soup, nothing tasted any good without salt. So, the village council met in their new town hall and had long discussions on what they could do about their plight. Because the hall was very bright, due to its brand-new windows, they were able to get some bright ideas. The brightest idea was this: Since it was possible to grow sugar beets from which they could get their sugar, it should also be possible to grow salt!

They had the perfect place to try this. The village took half of the salt they had left and sprinkled it all over the freshly ploughed village green. They posted guards around the border of the field armed with blowguns that could shoot peas or cherries pits at any bird that might try to steal the salt. Then they waited.

After a couple of weeks the field started to turn green as the guards kept watch for the birds, which luckily, never came. As the salt-plants grew bigger and bigger the villagers of Schilda began to guess how much salt they would be able to harvest. They had little doubt they could harvest at least one hundred sacks - each weighing one hundred pounds. This was much more than they needed for themselves and the rest they could exports and thereby earn some money. The councilmen congratulated each other for having made such a wise decision. 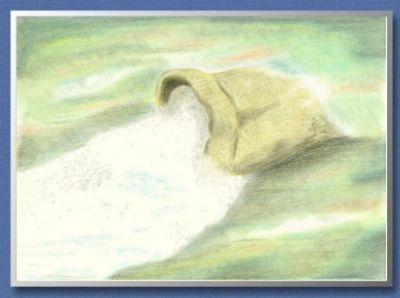 The salt comes under threat.
Unexpectedly, they had a problem. One fine day the field was overrun by the cows and goats of the village down the road. They trampled all over the young, growing salt-plants and started to happily munch away on them. The field guards shot peas and cherry pits at them with their blowguns but that didn't bother the animals one little bit. Something had to be done.

They thought and thought on what they might do but could not come up with a good answer until the blacksmith, angry and frustrated, wanted to run into the field with a big branch in his hand to drive the cattle away.

"Are you crazy?" cried the baker. "Do you want to trample on our beautiful little green salt bushes?" With that, a few of the others grabbed the blacksmith and to hold him back. Still furious, he cried, "How can I chase the cattle away if I can't run into the field?"

"I know," said the schoolmaster, "you can sit on a big board and four of us will lift it up and carry you into the field. That way you won't be stepping on a single plant." 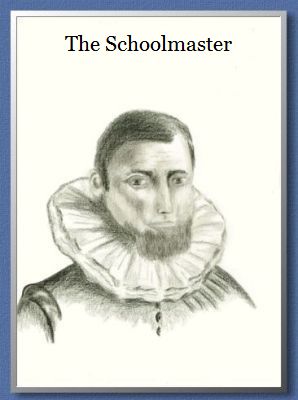 They were all amazed by such a wise suggestion and immediately did as was suggested. In no time at all they were carrying the blacksmith across the field while he shouted and swung his branch at the cattle. And he chased them away without disturbing the leaf of a single plant.
The salt is too salty!
A week later two little boys got into the saltbushes while playing. They were barefoot and, as soon as they had run into the saltbushes, they turned around and ran right back out.

"It stings! It stings already!" they excitedly cried as they showed the large red splotches that covered their bare feet and legs.

The men left whatever they were doing and headed for the field carrying sickles and long knifes. But when they walked into the field with its tall, green bushes they found that their legs began to sting and burn. When they tried to cut the bushes the same thing happened to their hands and arms. Big tears run down their faces. It didn't take long before they dropped their sickles and knifes and started running home, waving their arms in the air trying to cool them off.

"Well now?" asked their wives when they got home. "Have you finished harvesting salt so soon?" The men stuck arms and legs into buckets of cold water and answered: "No, we can't do it. The salt is too salty."

Of course, you and I already know what really grew in that field and what hurt everyone so badly: stinging nettle! But then you and I are much smarter than the villagers of Schilda, are we not!?
Two things are infinite:
the universe and human stupidity;
and
I'm not sure about the universe.
Albert Einstein Should it rain on All Fool's Day
it should bring good crops of corn and hay.


The Tales of the Northern Forests continue: