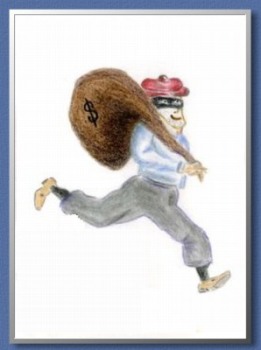 Thieves always find a way in...
It was a cold dark winter morning, the first morning of the year 2016. She woke up in her warm and comfy bed and pulled the duvet a bit further up. It was too nice in her bed to get up. Snuggled up in her bed it didn't take long before she drifted off again and entered the land of dreams.

She was downstairs in the living room. Through the glass doors she spotted two men who had entered through the backdoor. "This is what you get if you don't lock your doors," she thought. She never bothered to lock the backdoor. She felt safe even with the door open but now she felt that she had done something wrong. Through the glass door she stared with big scary eyes at the two men. They looked from Asian descent. She wanted to shout and warn her husband. But instead her stomach turned and vomit dropped from the glass doors onto the floor. "That could wait till later, she thought." She called her dog and ran to the other side of the room, through the other door, while urging her dog to attack the men. But the dog got lost on the kitchen stairs among the other things she meant to take up. The two men had a dog with them as well, a little black one. Maybe that's why they weren't scared.

She walked back to the living room and looked around. Nothing there was of interest or value to others. Short stories, old tales, poems, quotes and lyrics filled the room. Each and every single one of them contained some kind of wisdom or knowledge. Little gems she called them. With a shock she realised she had been terribly wrong. This was of value and interest to others. Fear filled her heart. With a shock she woke up, her heart trembling.

With eyes wide open, she thought about her dream, her heart still trembling with fear. Fear never was a good adviser. Did she not want other people to read her stories, to have access to the little gems of wisdom and knowledge they contained? Wasn't that why she had put them on a website in the first place? 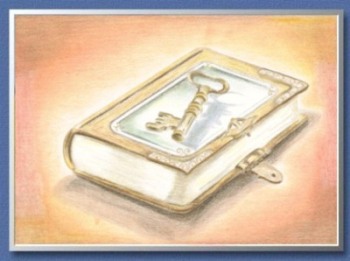 So, why was she so scared? What should she do? What was this dream trying to tell her?
There was no way she could lock the backdoor. Even if she did, thieves always find a way in. But there was a page on her website called 'copyright'. Underneath the title it read: 'under construction'. It had been 'under construction' for quite a while now. Maybe it was time to take up that little story.


A thorn defends the rose,
Harming only those
Who would steal the blossom. 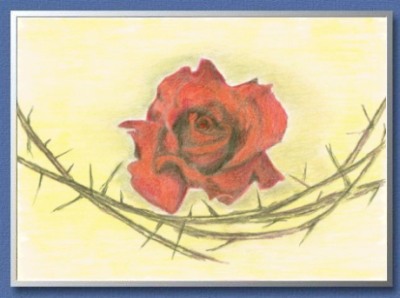 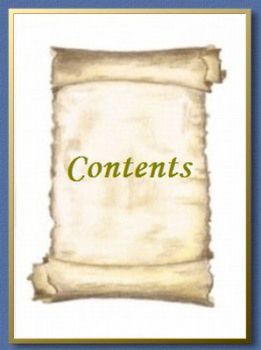 What we write, is partly chosen for us,
partly of our own choosing;
and however, rapidly it may be committed to paper,
a book may be a very long time in the making.
RLE ictMailbox