The Bread of Angels

Once upon a time, a long, long time ago, when the night was still young and the air filled with sweet music, the angels of light descended from their thrones. 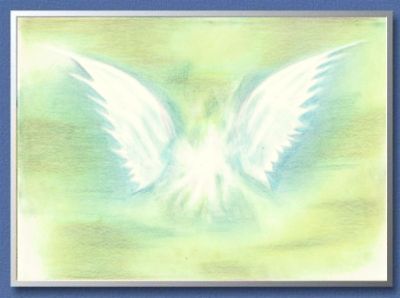 They travelled down, through the heavens of light and even further down, through the heavens of darkness till they reached a place where a spirited creature had made his dwelling. Poor in wisdom and knowledge but rich in talents and spirit the angels had come to teach and guide this creature, who was called: man.
Many, many things they taught him as he was a quick learner and in many ways more skilful than his teachers. And many, many times they guided him. For the road he has to travel is long and dangerous and the angels of light know this well.
They know where man came from and where he is going. His origins, his travels, his destiny, the past, the present and the future are all known to the angels of light. As are the forces of darkness who live in the heavens of darkness, below the heavens of light and who are envious and jealous of this poor and humble creature whose destiny is far greater and more glorious than theirs.

So when the work was done and everybody was gathered around the fire the angels of light would tell stories that in a language as rich and colourful as a chocolate fruit cake would warn man against the forces of darkness and that would remind him of his origins and his destiny.
But the forces of darkness had made a plan of their own. Not ever before had there been such a devious and cunning plan. Not only would it keep man from ever reaching his destiny but at the same time it would make him their slave and servant. 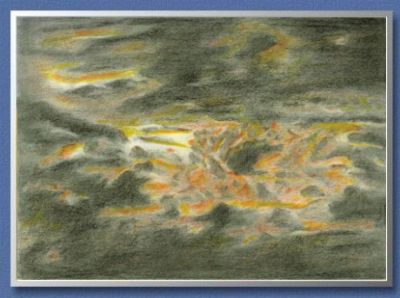 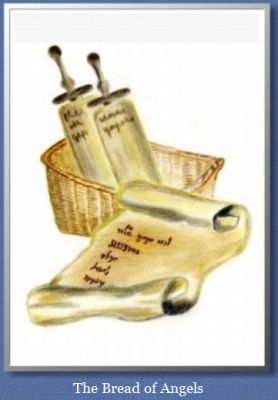 Although the stories told by the angels of light survived as fairy tales, folktales, myths, legends, religious texts, theatre plays and even opera's, man could no longer understand their message and he lost his way. He wanders through the dark woods of oblivion, almost drowns in the oceans of rules and regulations and still finds himself in a hot empty dessert.
... I seek refuge in the Lord
from the evil of the sneaking whisperer,
Satan, who whispers in the hearts of mankind...
QUARAN 114:1-6
Then a miracle, a wonder and the angry cries of the forces of
darkness fill the air. Despite their best efforts a man understands. He understands for he came to understand and know himself. He has seen glimpses of his divine origin and is traveling towards his destiny with a steady pace. There is nothing anymore that can deter him. How could this happen? Who let this happen? The forces of darkness do not understand.
~ The End ~

There is a Lady who can confirm that the stories of the angels should not be taken literally. Her name is Lady Truth. Click on her long rich embroidered robe and as by magic
she will appear.