The Tale of the Louse and the Flea >>

The Moral of the Tale of the Louse and the Flea


In the case of the poor louse, who has hurt herself, everybody is screaming, creaking, sweeping, beeping and so on, but nobody is helping the poor louse.
The flea, seeing the louse hurts, starts to scream. Sharing the flea's anxiety and showing empathy is - almost automatically - considered the appropriate way to behave. That is just the way we are.
"Have I not reason to creak?"
asks the little door with a squeak. 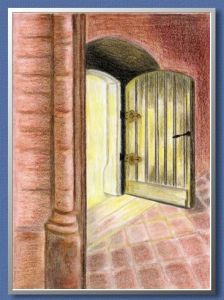 "Louse has hurt herself
and Flea is screaming up on the shelf."

But this is no reason to creak
or sweep
or beep
or shake and quake.

But this is what we do
me as well as you
we do as other do.

Without critique
we creak and squeak.


It ensures that we are liked and fit in. But it can come at the expense of doing what is needed or what is right. The intellectual Rolf Dobelli in his book 'The art of thinking clearly' calls this phenomenon 'social proof' and describes it as follows:
"Social proof, sometimes roughly termed the herd instinct, dictates that individuals feel they are behaving correctly when they act the same as others.
In other words the more people who follow a certain idea, the better/truer we deem that idea to be. And the more people who display a certain behaviour the more appropriate this behaviour is judged by others. This is, of course, absurd."
The even older Indian tale 'The Earthquake' beautifully illustrates that it is often only one person, a special person, who will not just do or think what others do or think.