A short, old Tale from India
about a poor boy and
the unbelievable things that happen to him.
Has a little twist right after the end (see the PS)

Suitable for children from age eight
Illustrated by Jef Franssen

In a certain city in India there lived a boy with his mother, a poor young widow.

Though in difficult circumstances the mother managed to provide
her son with an education in writing and arithmetic. 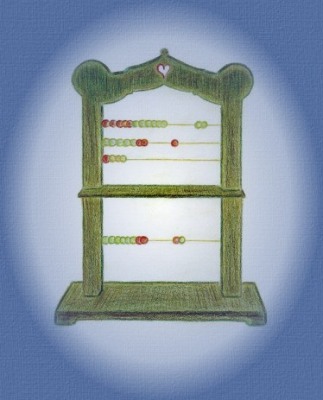 One day when the boy had become a young man, the widow said to him: "Son, though we are poor, you are the son of a merchant. I've heard about a rich merchant in the city who's in the habit of lending money to worthy young men who show an interest in business and the willingness to work hard. This may be your best chance to get started in earning a livelihood for yourself. Go see him, please."

So the young man went to the rich merchant's house. Just as he entered the front door, he overheard an angry conversation. "You see this dead mouse lying on the floor?" the rich merchant said to another young man." A capable young man could build wealth from something as lowly as that. But I gave you, you good-for nothing-fellow, a small fortune, and far from increasing it, you haven't been able to keep the amount that I lent you!"

Then the youth traded the dead mouse to a family who had a cat, and for the dead mouse the young man received two handfuls of chickpeas. The chickpeas he ground into meal, and taking a jar of water, he went and stood in a shady spot by the road.

It was midday and the hot sun shone down brightly. Soon a band of woodcutters passed by, and the young man politely offered them food and drink, a refreshment they gratefully accepted. In return, each of the woodcutters gave the youth two pieces of wood.
The wood he sold, and with part of the price he bought four handfuls of chickpeas this time, ground them into meal, and in the same way he obtained more wood from the woodcutters the very next day. And so in time he was able to buy all the wood that they had cut.

It so happened that a period of heavy rains followed, when no dry firewood could be brought anywhere, and the youth sold his stock of wood for a large sum. With these proceeds he set up a shop, began to engage in trade, and before long became wealthy by this own ability.

One day, the young man commissioned a golden mouse to be made and he sent it to the rich merchant from whom he had gotten his start. The merchant was flabbergasted to receive such a fine gift, and he barely remembered the youth, except for a crumpled and torn receipt still tucked in his ledger. He invited the youth to visit him and his daughter for supper one evening. As one thing so often leads to another, the young man and the merchant's daughter soon fell in love and were married.

For the rest of his life the merchant was known as 'Mousey the Merchant' because of the dead mouse that provided his start and he never minded the nickname, not one bit.
The End

This is not at all where the tale ends.

This tale is a very, very old Indian tale from the Kathasaritsagara
(The-Ocean-of-Streams-of-Stories) of Somadeva.
In the original tale it is Mousey the Merchant himself who is telling his story to some other merchants. The other merchants are astonished after hearing his story. And then the tale ends with the question:

For how would the mind fail to be surprised at a picture painted
in thin air?

How can the mind help being amazed at a picture without walls?

This means that Mousey the Merchant's story is not only unbelievable
it is indeed something that should not believed.

Just unbelievable that they didn't to tell you that in the tale above,
isn't it?

The tale above is an especially for children adapted version that is widely spread and hugely popular.

Just remember this the next time you hear an unbelievable story or tale. 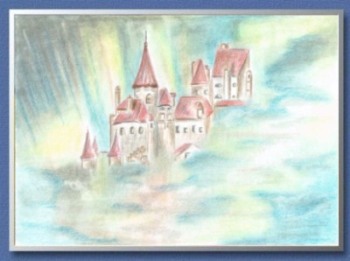 Mousey the Merchant  >>
The original tale and more on its ending