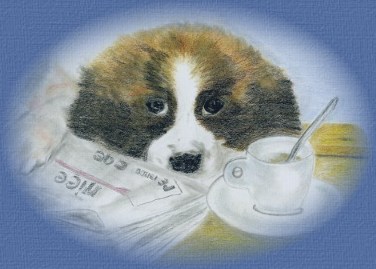 Life is hard
when fear plays the principal part
instead of the old, own heart. 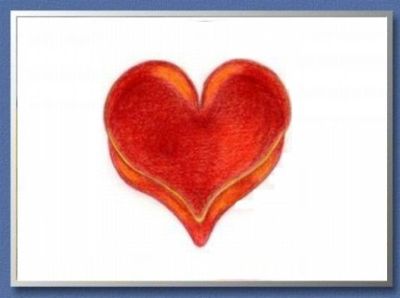 Marshall Burke of Stanford's University's Department for Earth System Science has calculated that during China's lockdown in January and February the fall in pollution likely saved 20 times more lives than have currently been lost due to infection with the corona virus.
Normally air pollution kills about 1.1 million people in China alone every year.

...that during the lockdown peregrine falcons were nesting in the ruins of Corfe Castle in Dorset (UK) for the first time in 40 years.
They were among the many sightings of wildlife that took to colonising normally busy areas that were closed to the public.
A pipistrelle bat made itself at home in a deserted Lake District car park and a buzzard was spotted tucking into its lunch in the orangery at Felbrigg Hall in Norfolk.
Hares, stoats and weasels left woodland to explore the normally busy gardens of Plas yn Rhiw, in Gwynedd (Wales, UK) and otters at Mount Stewart, Co Down (Ireland) came from the lough to explore the lake in the grounds of the neo-classical house.
Curlews were heard in the Peak District, partridges were seen in a car park near Cambridge and a cuckoo was heard at Osterley Park in west London for the first time in 20 years.

It just goes to show how far animals have been pushed into retreat by humans.
Humans lay claim to almost every bit of land and space, as if it is their birth right, ignoring the rights and needs of other animals, just to accommodate their own pursuits and their own ever-growing numbers.

Without wolves the elk in Yellowstone National Park (US) ate the willow, aspen and cottonwood shrubs, depriving beavers and songbirds of their habitats and causing riverbank collapse. Once the wolves were re-introduced in the mid-1990' elk numbers shrank, carrion birds had carcasses to pick at, trees grew back, beavers could build dams and eventually even the courses of rivers changed while the elk herds themselves became stronger and healthier.

If nobody is around to hunt or shoot them elk become destructive to the flora and fauna around them, while getting weaker themselves and multiplying like rats. This is exactly the same for the deer in Scotland and also for that other animal, called man. 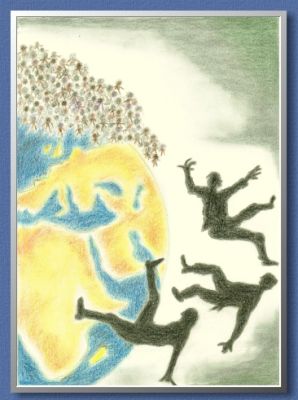 Since the beginning of the 19th century the human population has grown from around 1 billion to 7.7 billion in 2019. According to current projections it will reach 8 billion by 2024 and 9 billion by 2042. Where is that big wolf that should keep mankind in check?
Do you know... that the worst calamity to hit mankind
was the epidemic of Spanish Flu in 1918-19.
In Japan the flu was initially called sumo flu since their first victims were wrestlers. Although generally called Spanish Flu it is thought it might have originated not in Spain but in Kansas. The Americans however, blamed the Chinese. 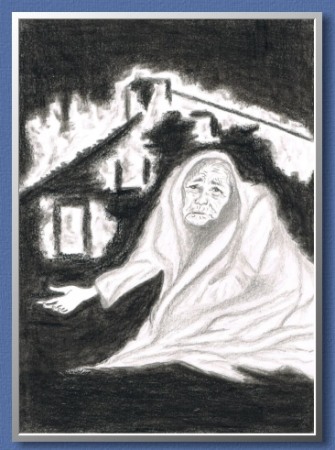 In Chilli officials blamed the flu on the poor and torched their houses. That created a refugee problem, spreading the flu farther.

Why do we so often think of exercise as something requiring a 'gym' type uniform or as some form of sporting activity?
After my final four working years in Dubai, I had acquired more than 10 kg of excess body mass, i.e. fat. I retired to my farm in Thailand, aged 60 and dropped my weight from 90 kg to 78 kg in a year.

I exercise on the farm by moving, lifting, carrying things and by pulling up weeds and digging up the dirt for tree planting and so on.
I am not fanatical and I do what I am comfortable with doing. I am not lazy either, but some tasks wait for a day or two before completion. 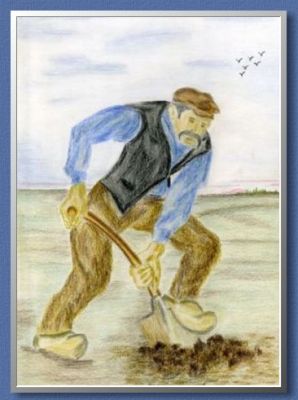 Maybe after Brexit has taken effect, with immigrant labour banished, farmers might think of employing older people to work with them. Yes, older people are more careful and gentle but slower than young ones, but when paid by the kilo picked, where is the problem?

Think of the benefits to those older folk: fresh air, exercise, meeting similar others, some money in the pocket and a sense of usefulness. Much better than going to a gym, surely?
George Hanna, Thailand
in The Guardian of 24.03.2017

"We live in a world where most of man's work is ugly and where ugliness quite obviously does not hurt most men. To be a person who suffers from this and who cannot settle down in surroundings which have no grace or charm and who needs a daily dose of beauty as a sick man needs his medicine, is simply to be at a great disadvantage in the modern world. It is to be in an uncomprehended minority, which makes for snobbery and preciousness and all sorts of vices. It means voting for and paying taxes to a system which will certainly never give you the things which seem to you to be the breath of life. It makes your citizenship worth less to you than it should be worth."

Stella Bowen in her novel 'Drawn from Life' 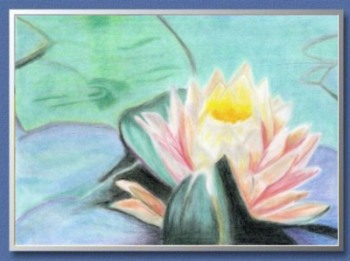 
The Seeds of Conflict

A businessman I know always keeps fresh flowers on his desk, insisting they are a wise investment. In silent eloquence they exert their influence. "It is difficult to think mean or selfish thoughts in the presence of flowers," he says. "They help a gentleman to be gentle."
Gerald Horton Bath
in the Little Gazette 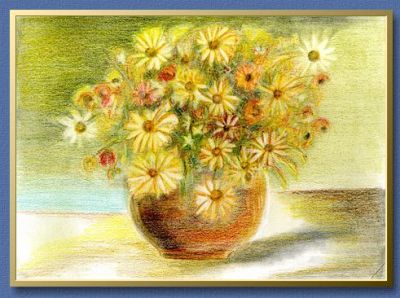 Beauty encourages our better qualities. The cities of Syria, however, show a picture of endless concrete high-rises, empty open spaces and geometrical patterns. Faceless flats that could have come from anywhere and look like they are nowhere, least of all home, dominate the scene. The same plain and characterless streets seem to be everywhere and go on forever. The souks, the minarets, the bell-towers, the small congenial labyrinthine buildings, the beauty of the Ottoman cities seem to have all but disappeared.
With so little beauty around to stimulate gentleness and kindness, it should maybe come as no surprise that the situation is so ugly over there.

Cries for justice fill our courtrooms. Greeted with sympathy they hit the headlines on an almost daily basis. No peace can be found before justice is done. An eye for an eye, wound for wound, bruise for bruise. Forgotten, ignored are the wise words of Portia:
"Therefore, Jew, though justice be thy plea, consider this,
that in the course of justice, none of use should see salvation:
we do pray for mercy,
and that same prayer doth teach us all to render the deeds of mercy."

Portia's speech in the Merchant of Venice (Act IV, Scene I)
By William Shakespeare 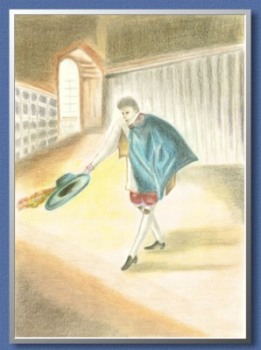 You take the Hi! Road and I'll take the Hello road.
Have you noticed that simple courteous words and phrases like 'Hello' and 'Good morning' are fast disappearing from usage? What has happened to 'Mister', to 'Sir' and to 'Madam', and when was the last time anyone used your surname when addressing you? You can't remember can you? Why do people I've never met, and would never want to meet, insist on addressing me in their emails and letters as Steve? "Hi Steve" is now the standard form of address in emails, or, if I'm lucky, I might get a "Dear Stephen" at the start of a letter from some huckster who purports to be the Customer-Care-Team-Leader
of some hideous organisation. Anybody who has some tenuous commercial link with me, perhaps because I have investigated buying some thing or some service from them, seems to think that that then gives them the right to arrogate to themselves my friendship. Why?
I never give them any grounds for this: I don't address them as Sid or Jennifer out of the blue, unless they give me no alternative by withholding their own surnames. I am very happy to be friends with people, but I would like to make the decision about where and when
I will bestow that favour and then I will get the ball rolling with a "Please call me Steve." The trouble is that I can't remember when I last had any choice in the matter. All over the country, well, actually all over the world, there are hundreds, perhaps even thousands, of people I've never met, and would probably loathe if I did, who call me Steve, and I don't like it.

Even worse than just barging straight in with the familiar 'Steve', are the places - hospitals for example - where in a mistaken attempt to acknowledge that some of us prefer not to be Steve-ed and would rather be Mistered, they actually ask me whether I prefer to be addressed as Mr Williams or as Stephen. How do I answer that? "Oh do please call me Steve, I would be mortified if you didn't, after all every other Tom, Dick and Harriet does, whether I know them or not and whether I like them or not, and do you know I've long forgotten what my full name really is anyway." It's a ridiculous question and it's a redundant question: since the beginning of time the correct address to someone you don't know is Mister, or its equivalent, and that's it until
I decide that you may call me Stephen or Steve, and that's not a decision I'm going to make on first meeting and it's certainly not one
I should be making so that you can tick a box on some politically correct form.

And while I'm at it, I don't like being introduced to children by my Christian name either. Children show little enough respect to adults these days and encouraging them to think of us as equals does not help.

In England many people who have chickens put their surplus eggs for sale on the side of the road together with a sign mentioning the price of the eggs and an honesty box. Lately more and more eggs have been taken without any money being left in the honesty box.

Losing out and losing trust more and more people have stopped putting their eggs for sale on the side of the road. It wil probably be a long time before they'll try again, if ever. 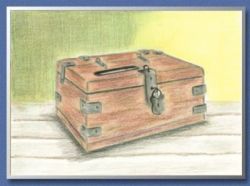