The Tale of The Two Traveling Angels


Courtesy of Book of Tales

Two traveling angels stopped to spend the night in the home of a wealthy man. The wealthy man did not think much of the two angels of light. He thought they were two useless vagabonds and refused to let them stay in one of his many guestrooms. Instead the two angels were given a small space in the cold and damp basement. As they made their bed on the hard floor, the older angel saw a hole in the wall and repaired it. When the younger angel asked why, the older angel replied: " Things are not always what they seem." 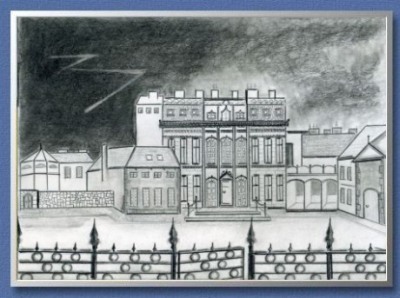 The next night the two angels arrived at the house of a very poor farmer and his wife. The poor couple immediately recognised the two strangers and were more than happy to welcome them into their home. They shared the little food they had and let the angels sleep in their own bed, where they could have a good night's rest. When the sun came up the next morning the two angels found the farmer and his wife in tears. Their only cow, whose milk had been their sole income, lay dead in the field.
The younger angel was shocked. He turned to the older angel and asked him bitterly: " How could you have let this happen? The first man had everything but gave us nothing, yet you helped him. This couple had nothing but gave us everything and yet you let their cow die."
"Things are not always what they seem," the old angel replied calmly. "In the basement of the wealthy man's house a treasure of pure gold and diamonds is hidden in that hole in the wall. Since the man was so obsessed with greed and so unwilling towards us, I sealed the wall so he will never find the hidden treasure. Then last night as we slept in the farmer's bed, the angel of death came for his wife. I gave him the cow instead. That old sickly beast was the cause of their poverty anyway and very soon now they will find a new and healthy cow." " Just remember", the old angel said to his young companion,
"Things are not always what they seem."


The two angels hid the treasure so that the wealthy man would never find it. But it is still there for you to find. Have you found it yet?
If not, here is a first clue:

Hidden in the story
it is waiting patiently
till the mouse arouses.

If you need any help with the treasure hunt, please feel free to drop
a note in our Mailbox >>