Eat a goose on Michaelmas Day
want not for money all the year.
It used to be said that harvest had to be completed by Michaelmas, almost like the marking of the end of the productive season and the beginning of a new cycle.

Sometimes the day is also known as Goose Day. Traditionally, a well-fattened goose was eaten on this day to protect the family against financial need for the next year.
Having feasted on the stubble from the wheat fields after the harvest geese are particular tasty at this time year. As they have not yet put on the fat required to take them through winter.

In Scotland the eldest daughter makes a St. Michael's Bannock or Struan Micheil (a large scone-like cake) on this day. This used to be made from the cereals grown on the family's land during the year, representing the fruits of the fields. The cereals are moistened with sheep's milk, representing the fruit of the flocks. By celebrating the day this way, the prosperity and wealth of the family is supported for the coming year.

Michaelmas is together with Christmas, Lady Day (March 25th) and Midsummer (June 24th) one of the so-called 'quarter days' on which rents are due, leases begin and servants are hired. They are spaced three months apart close to the solstices >> or equinoxes. 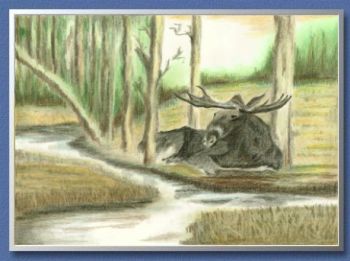