"In his chuffly pipe-smoker's voice, he would point out that the clouds were classified by using Latin words to describe their appearance as seen from the earth. I can recall the four basic types:

cumulus from the Latin for heap,
stratus for layer,
cirrus for a curl of hair, and
nimbus for rain.

Looking up into the almost cloudless July sky today, I see a few wisps of white: cirrus. Remarkable what sticks."
Extract from 'Leaving Alexandria,
a memoir of Faith and Doubt'
by Richard Holloway
(Edinburgh - London, 2012) 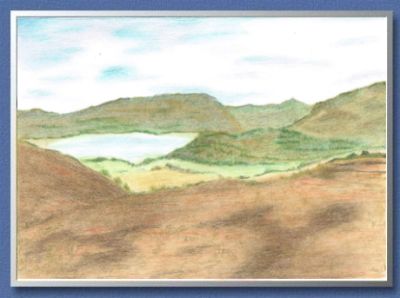 Off the Northwest coast of Scotland lie a group of about 500 islands called the Hebrides. On bright and windy days the clouds moving across the sky cast their shadows on its moorland.
Rionnach maoim the locals say. They speak a Celtic language called Hebridean Gaelic. Rionnach maoim is a Hebridean Gaelic phrase meaning 'the shadows cast on the moorland by clouds moving across the sky on a bright and windy day.' 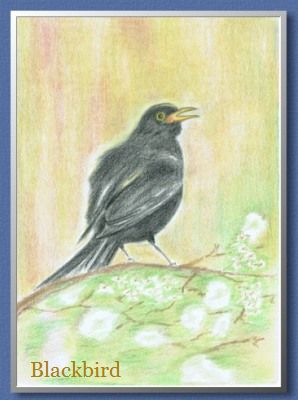 Early July is when many...
The last blackbirds of the summer are singing, and soon their fluting songs will be heard in the evenings no more. With a few exceptions,
it will be February before they can be heard again.

Early July is when many birds besides the blackbird, notably the robin and the song thrush, fall silent in the cycle of the year. They are moulting their feathers and staying well out of sight, while recovering from the labour of bringing up families.

By the end of the month most of the warblers - blackcaps, garden warblers, willow warblers - will also stop singing. They will be getting fat, building up energy resources in readiness for their flight back to Africa. They will just wander about and come into gardens to eat raspberries, redcurrants and cherries. Most will leave in September.

Among the finches, goldfinches and greenfinches go on nesting and singing into August. Before the end of that month, however, only the rattling song of the yellowhammer remains, tapped out in the silence over the deserted stubble fields.
Edited Extract from 'Feather Report'
by Derwent May
in The Times, Saturday July 18, 2015 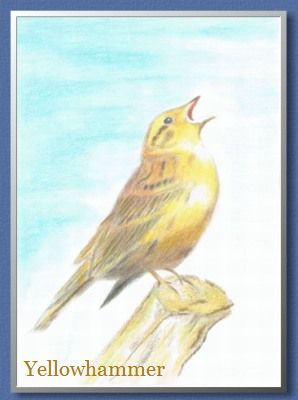